Two members of the German Parliament (The Bundestag), have called fo
r the release of detained Tibetan language advoc
ate Tashi Wangchuk, who currently awaits the outcome of his trial in Yulshul (Chinese: Yushu) Tibetan Autonomous Prefecture (the Tibetan area of Kham in Qinghai Province).

The two parliamentarians, Claudia Roth and Maria Klein-Schmeink (both members of the Green Party group in the Bundestag) have sent an open letter to the Chinese ambassador to Germany, Shi Mingde, on January 26, 2018. In it, they urged him “to take effective measures to ensure Tashi Wangchuk’s freedom of speech as guaranteed by the Constitution of the People’s Republic of China and the International Covenant on Civil and Political Rights.” The letter goes on to “demand Tashi Wangchuk’s immediate release and the termination of proceedings as long as there is no legally valid evidence to substantiate the accusations against Tashi Wangchuk.”

Claudia Roth is also serving as Vice-President of the German Parliament. 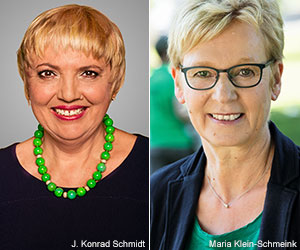 Tashi Wangchuk had been detained since January 27, 2016, following the release of a New York Times video report (“A Tibetan’s Journey for Justice”) profiling his attempts to petition for the rights of Tibetans to speak and learn their own language.

A trial was held on January 4, 2018 by the Yushu People’s Intermediate Court during which the authorities alleged that Tashi Wangchuk had, through New York Times video documentary, “intentionally attacked” the Chinese government, and “incited ethnic hatred”, according to one of his lawyers, Liang Xiaojun. Tashi Wangchuk had ple
aded not guilty, according to the lawyer. The court is to issue a verdict at an unspecified date.

Following is the English translation (by ICT) of the full text of the open letter by the two German Members of Parliament.

Open letter on the detention of Mr. Tashi Wangchuk

We are writing out of great concern for the fundamental rights and well-being of Chinese citizen Mr. Tashi Wangchuk. Since March 2016 Tashi Wangchuk has been
held in custody without trial. Neither a formal indictment nor evidence has been presented to him or his relatives.

Four independent Special Rapporteurs and the Working Group on Arbitrary Detention sent a communication in February 2017 in which they expressed serious concern about Tashi Wangchuk’s continued detention, his limited right to counsel, the failure to present evidence, and irregularities in the criminal investigation.

The 32-year-old Tibetan has advocated for education and the preservation of Tibetan as a minority language. Tashi Wangchuk was detained on January 27, 2016 after The New York Times published a video about him and his work promoting the rights of minorities in the People’s Republic of China. The documentary shows Tashi Wangchuk traveling to Beijing to charge local Chinese authorities with denying Tibetans the right to learn in their native language.

According to our information, Tashi Wangchuk has been detained for “inciting separatism.” Chinese authorities have thus criminalized Tashi Wangchuk’s peaceful civil activism despite the fact that he has unequivocally assured them that he is not seeking Tibet’s separation from China.

We respectfully ask you to take effective measures to ensure Tashi Wangchuk’s freedom of speech as guaranteed by the constitution of the People’s Republic of China and the International Covenant on Civil and Political Rights. We demand Tashi Wangchuk’s immediate release and the termination of proceedings as long as there is no legally valid evidence to substantiate the accusations against Tashi Wangchuk.