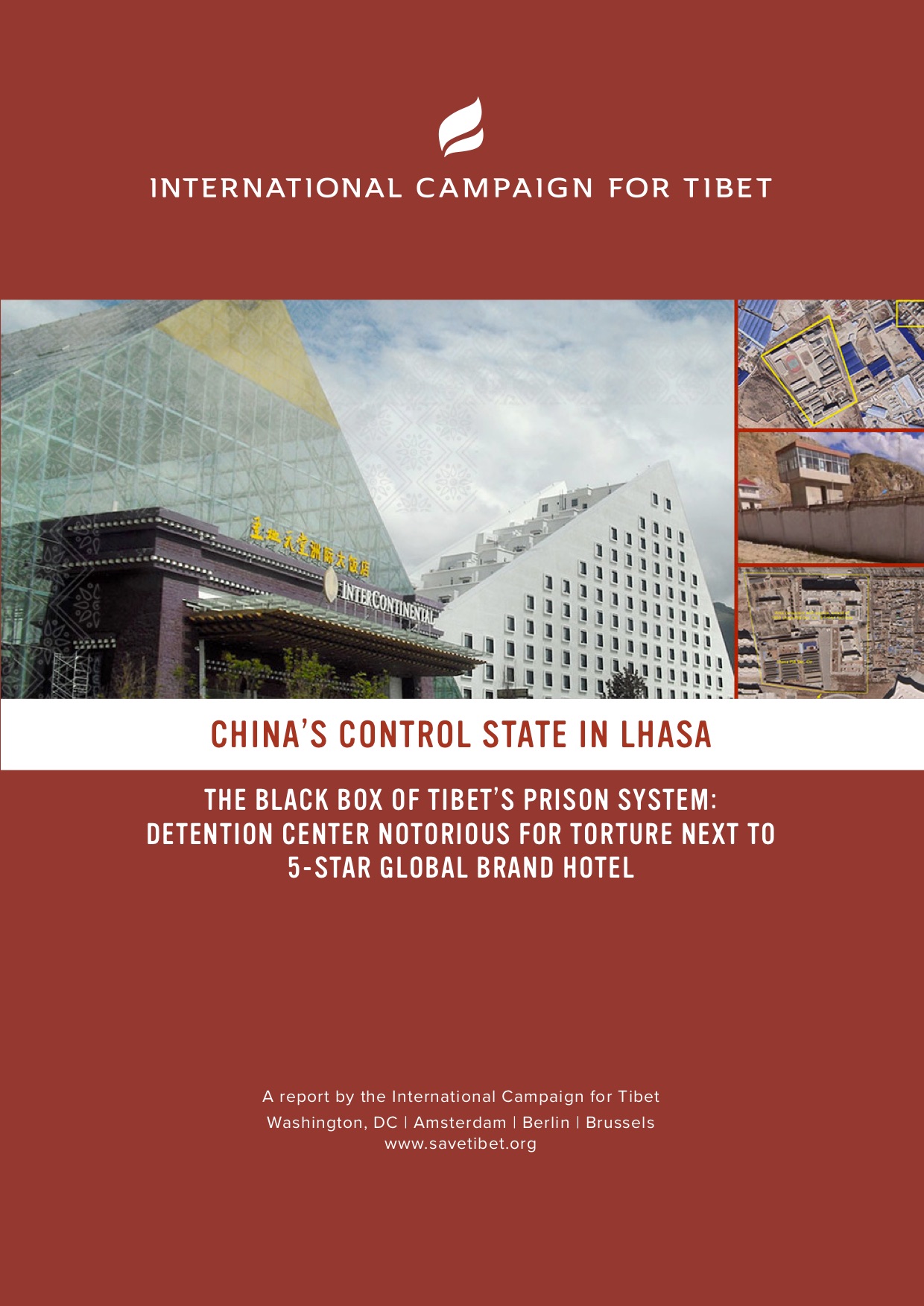 On one side is a luxury hotel with a pyramid design and the word “Paradise” in its title.

On the other side, there’s hell on earth: a prison where Tibetan monks, nuns and laypeople are tortured and sexually abused.

And it’s just one of several startling images in the International Campaign for Tibet’s new report, “China’s Control State in Lhasa.”

The report, published today, uses satellite imagery to reveal China’s dramatic remodeling of Lhasa as a hub of hyper-securitization while the Chinese government encourages a tourist boom.

“Chinese authorities have developed a terrifying and unprecedented system of total surveillance and oppressive control, and at the same time, they are actively marketing Tibet as a Shangri-La destination in the clouds to Chinese and international tourists,” said ICT President Matteo Mecacci. “What is needed instead is public acknowledgment of torture and ill-treatment of so many Tibetans.”

However, China has been preventing officials from the United Nations and foreign governments from accessing Tibet, including to investigate the conditions of Tibetan political prisoners. The Reciprocal Access to Tibet Act, which was passed by the House of Representatives on Sept. 25, would help to change this situation. The Senate now needs to pass the bill.

Arrested for peaceful protest, then imprisoned next to a luxury resort

That need is on vivid display at the Gutsa Detention Center, which is notorious for violent interrogation techniques.

Gutsa serves as the initial detention center for thousands of Tibetans imprisoned over the years for involvement in peaceful protest or for such actions as celebrating the Dalai Lama’s birthday.

Former prisoners at Gutsa report being tortured with electric batons—sometimes nearly to the point of death—attacked by dogs and given shock treatment while hanging naked from a ceiling. One nun said the shocks she received were so bad that they flung her across the room.

ICT’s report shows that Gutsa is adjacent to the InterContinental Lhasa Paradise, a five-star hotel that was opened by a British chain whose website touts the company’s “commitment to Responsible Business.”

Given the height of the hotel’s pyramidal structure, which was designed to emulate Tibet’s snow peaks, it is conceivable that guests there may be able to see into Gutsa.

“The contrast could not be more profound,” Mecacci said, “a hellish prison that makes Tibetans shudder to recall what they endured within its cells, and a luxury hotel named Paradise on the Roof of the World. There can surely be no more sobering example of the priorities of the Chinese government in Tibet.”

Plans to expand tourism and security

The InterContinental is not the only globally branded hotel in Lhasa. Others, including the Starwood St. Regis and the ‘Four Points’ by Sheraton, also have a presence there.

A recent Tourism and Culture Expo in Lhasa revealed China’s plans to increase tourism in the city while maintaining the intense security state that has destroyed the lives of numerous Tibetans.

“Gutsa and other torture-ridden detention centers in Tibet must be shut down,” Mecacci said. “Without that, the wounds of the Tibetan people are not going to heal.”