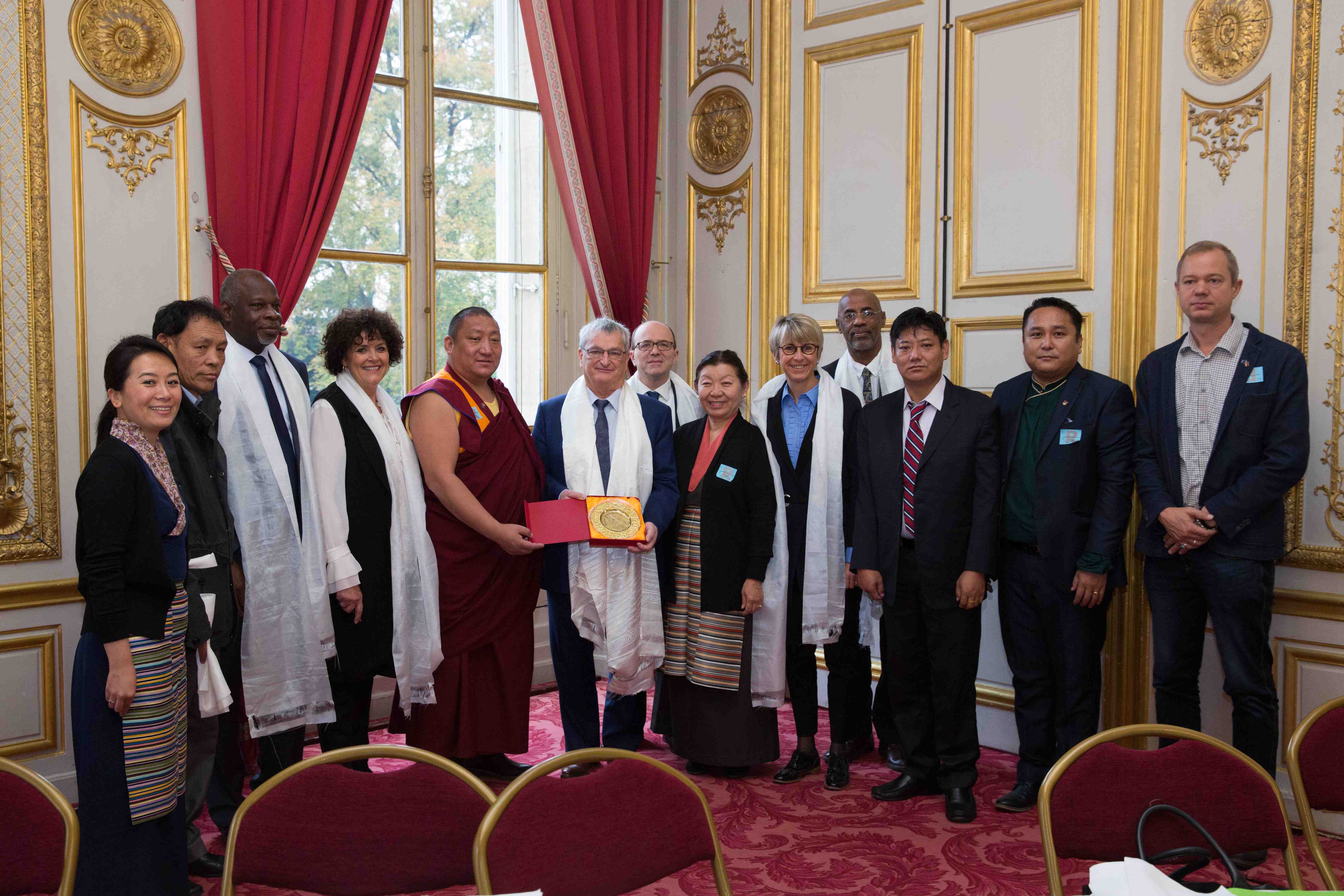 Following the the European Parliament’s urgency resolution on Chinese and Tibetan Human rights defenders, the International Information Tibet Group of the French Senate (Groupe d’information internationale sur le Tibet) has released today a statement on Tashi Wangchuk. The statement, signed by thirteen Senators, calls for a « fair and transparent trial of Tashi Wangchuk» and « urges the People’s Republic of China to implement a judgement process that is constant with international legal standards, with the presence of observers at his trial ». You can find the official statement in French with the list of signatories hereunder as well as English translation of the statement.

Statement of the International Information Tibet Group of the French Senate

On January 4, 2018, the trial of the Tibetan human rights defender Tashi Wangchuk began in Yushu, Qinghai Province in the People’s Republic of China. He is accused of “incitement to separatism” after the interview he gave to the New York Time in 2015 where he spoke in favor of the preservation of Tibetan language and culture within the PRC.  Mr. Wangchuk faces a sentence of up to 15 years in prison.

On the occasion of International Human Rights Day on 10 December 2016, the ambassadors of the 28 missions of the European Union Member States to China, including France, adopted a joint statement against the arrest of Mr. Wangchuk and asked for his release. In February 2017, five special rapporteurs of the United Nations and the UN Working Group on Arbitrary Detention issued an opinion on the detention of Tashi Wangchuk. In addition, the United States, Germany, Britain, Canada and the European Union sent diplomats to Yushu to attend Tashi Wangchuk’s trial on January 4, 2018, but were not allowed to access to the proceedings.

The members of the International Information Tibet Group support these asks for a fair and transparent trial of Mr. Tashi Wangchuk and urge the People’s Republic of China to implement a judgement process that is constant with international legal standards, with the presence of observers at his trial.

We also insist on particular that Tashi Wangchuk enjoy access to a lawyer of his choice and that he be given access to his family on a regular basis.