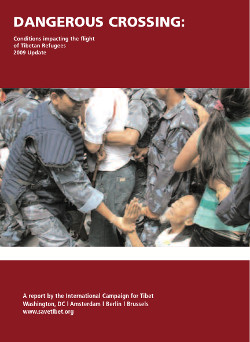 In 2009, the situation for Tibetans deteriorated further in Nepal as the Chinese sought to block protests about repression in Tibet. Border security was still tight following the crackdown in Tibet as a result of unrest that swept the plateau from March, 2008, and numbers of Tibetans escaping into exile were low compared to previous years although higher than in 2008.