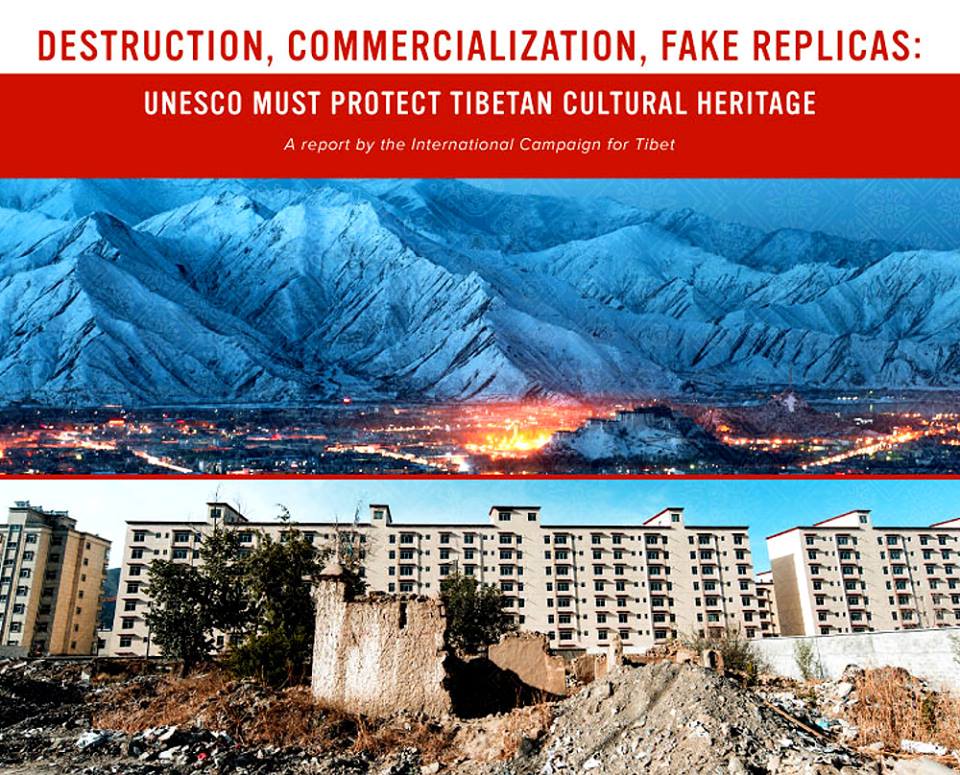 A new report by the International Campaign for Tibet reveals how Lhasa’s unique and precious remaining cultural heritage is at risk as China flouts its responsibilities under the UNESCO World Heritage Convention. The U.N. organisation for protecting the world’s heritage meets this week in Bahrain (June 24-July 4) and will vote on a decision requesting information from China about the state of conservation in Tibet’s historic and cultural capital.

Bhuchung Tsering, Vice President of the International Campaign for Tibet, said: “UNESCO must be vigilant in enforcing the World Heritage Convention and take serious measures for the protection of Lhasa’s remaining cultural heritage. As the United Nations body tasked with the protection of the world’s irreplaceable natural and cultural wonders, at the meeting in Bahrain the UNESCO World Heritage Committee must act in accordance with its mandate, and should seriously question the urban plans imposed by a government that has already destroyed many historic buildings. UNESCO should require the Chinese government to adopt an authentic conservation approach in order for the remaining fragments of old Lhasa to be preserved, based on a detailed plan to protect the historic Barkhor area and buildings in the ‘Potala Palace Historic Ensemble’.

Importantly, the Committee and member states of the world’s leading heritage organisation should ensure urgent access for independent verification of the status of the unique and precious architecture of the Jokhang temple, and its statues and murals, with a view to ensuring that repair work is conducted under the supervision of accredited conservation experts.”